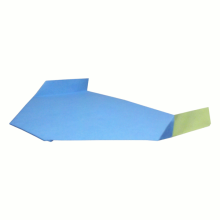 An excellent glider that performs with a surprising amount of maneuverability.  It is also designed with the flexibility to customize and alter flight trajectories. 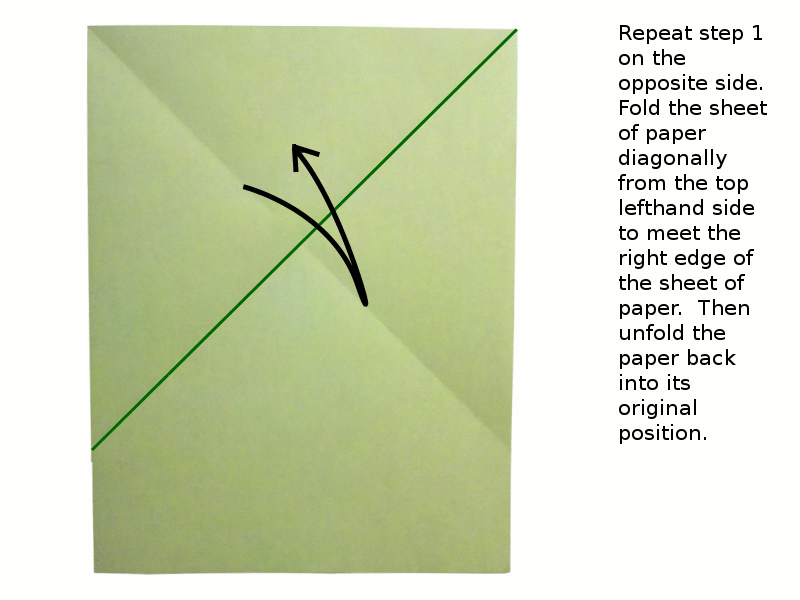 Repeat step 1 on the opposite side.  Fold the sheet of paper diagonally from the top left hand side along the fold line to meet the right edge of the sheet of paper.  Then unfold the paper back into its original position. 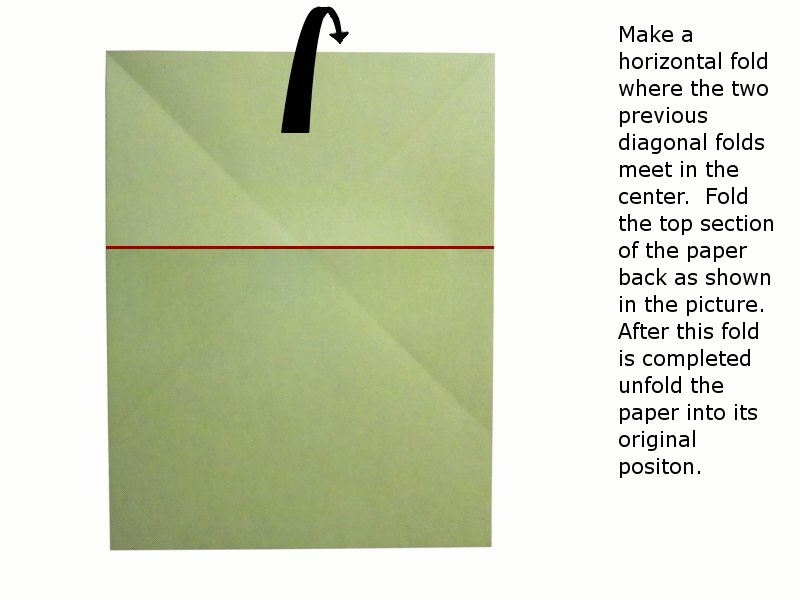 Make a horizontal fold where the two previous diagonal folds meet in the center.  Fold the top section of the paper back as shown in the picture.  After this fold is completed unfold the paper into its original position. 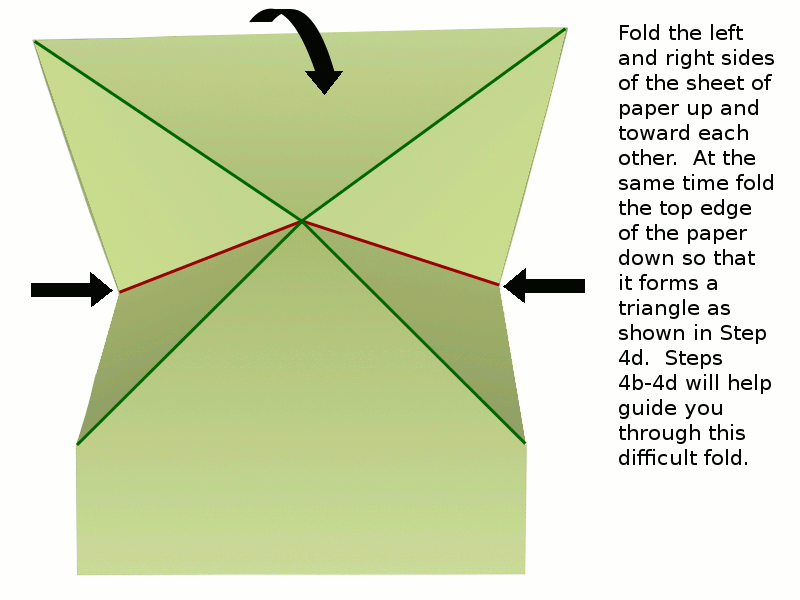 Fold the left and right sides of the sheet of paper up and toward each other.  At the same time fold the top edge of the paper down so that it forms a triangle as shown in Step 4d.  Steps 4b-4d will help guide you through this difficult fold. 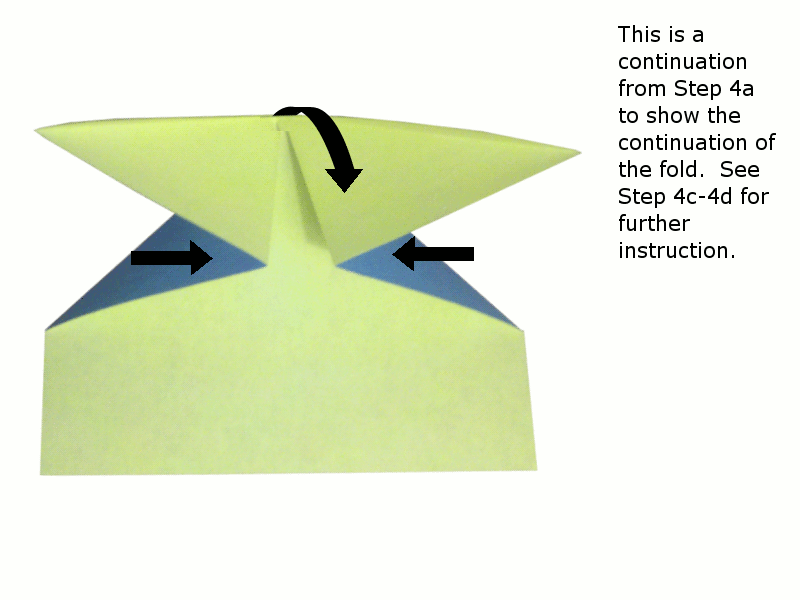 This is a continuation from Step 4a to show the continuation of the fold. See Step 4c-4d for further instruction. 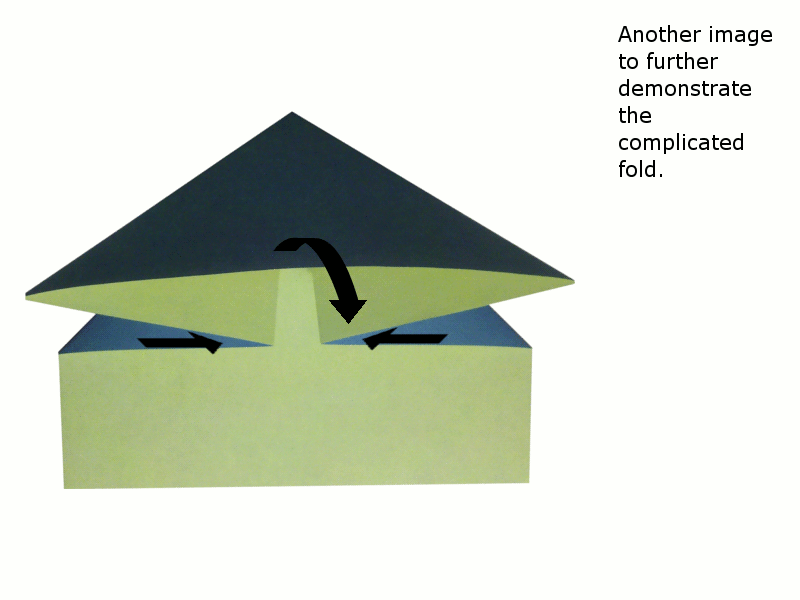 Another image to further demonstrate the complicated fold. 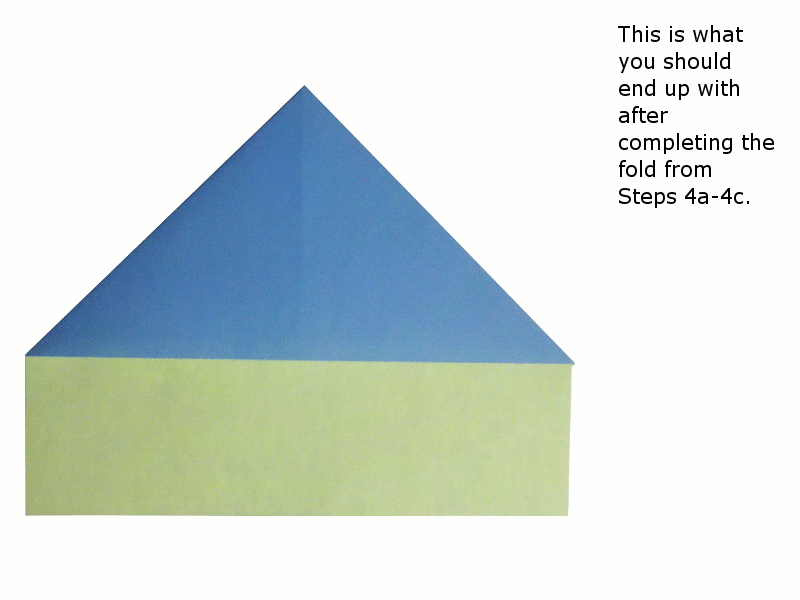 This is what you should end up with after completing the fold from Steps 4a-4c. 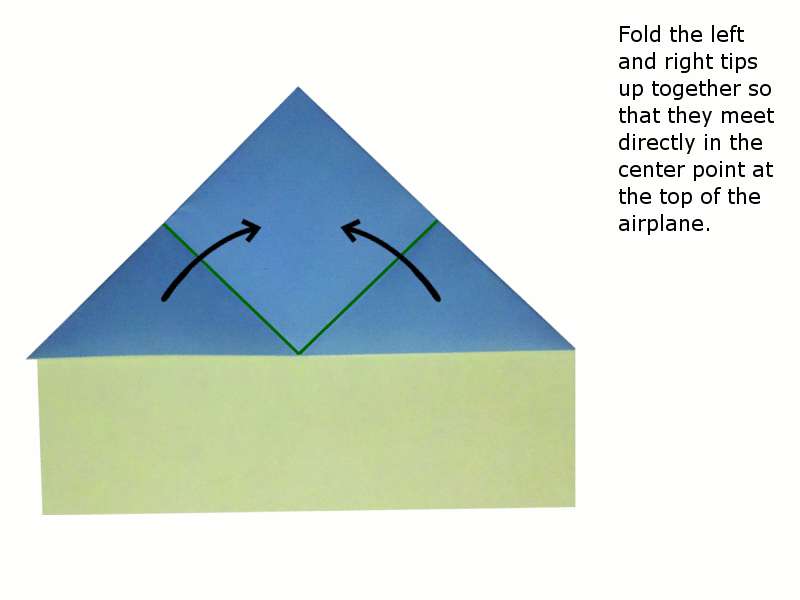 Fold the left and right tips up together so that they meet directly in the center point at the top of the airplane. 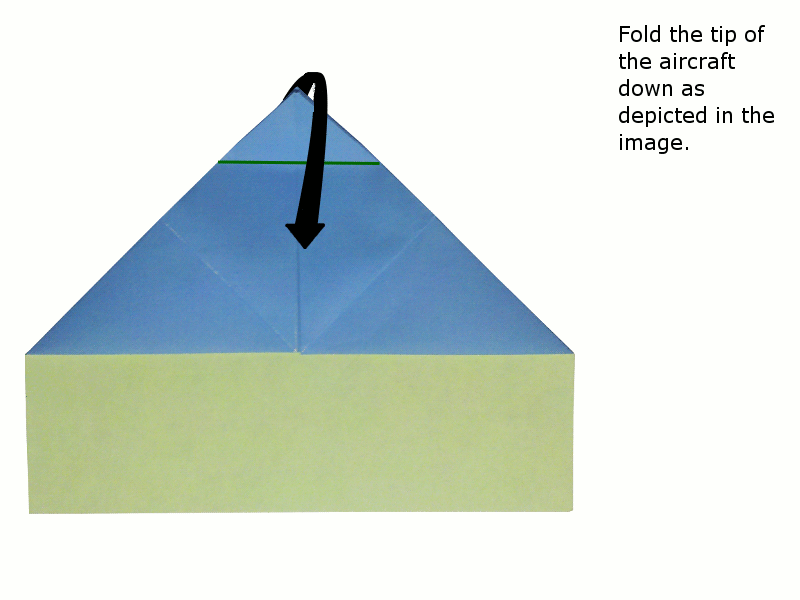 Fold the tip of the aircraft down as depicted in the image. 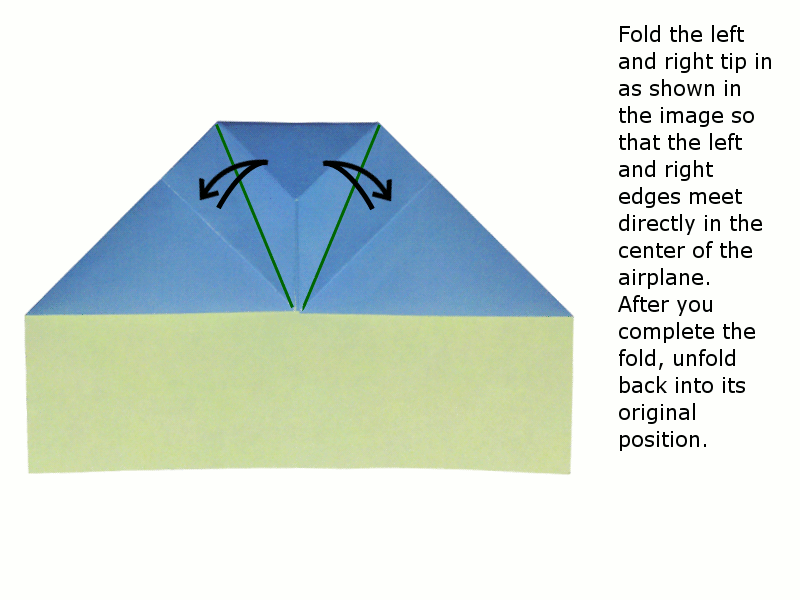 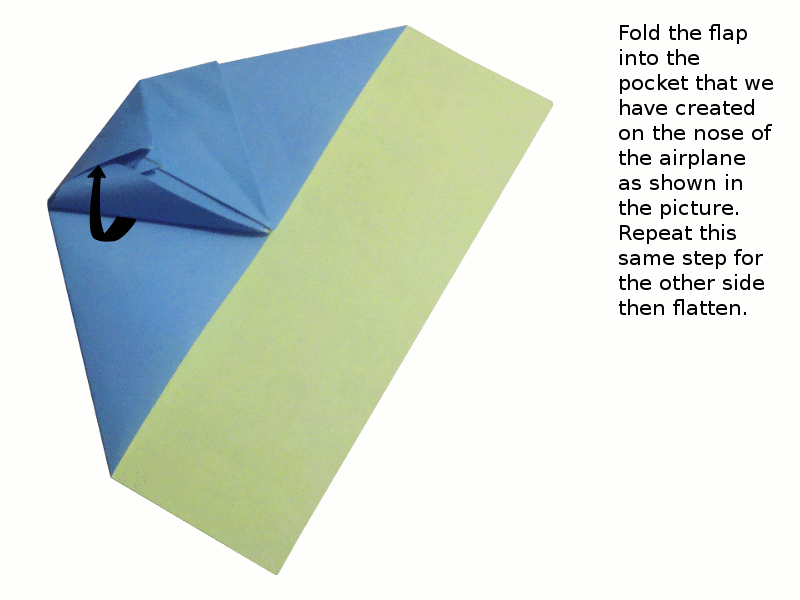 Fold the flap into the pocket that we have created on the nose of the airplane as shown in the picture. Repeat this same step for the other side then flatten. 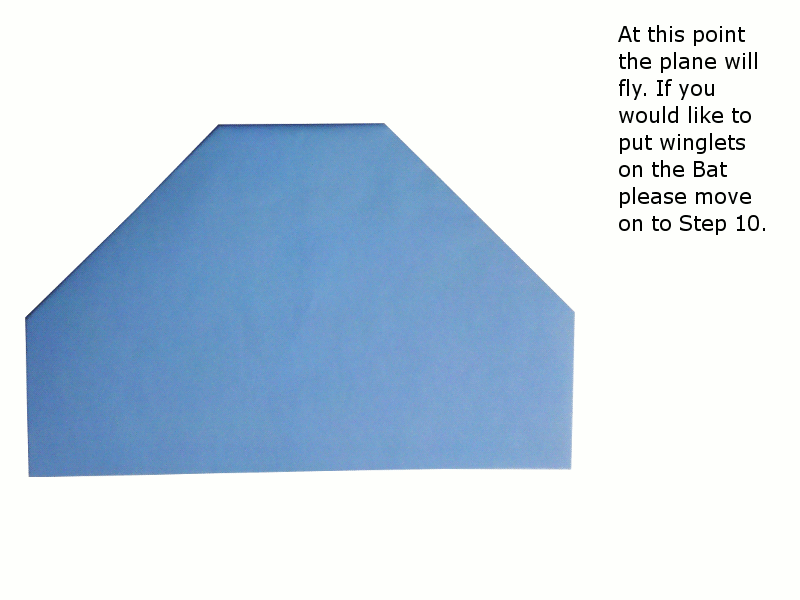 At this point the plane will fly. If you would like to put winglets on the Bat please move on to Step 10. 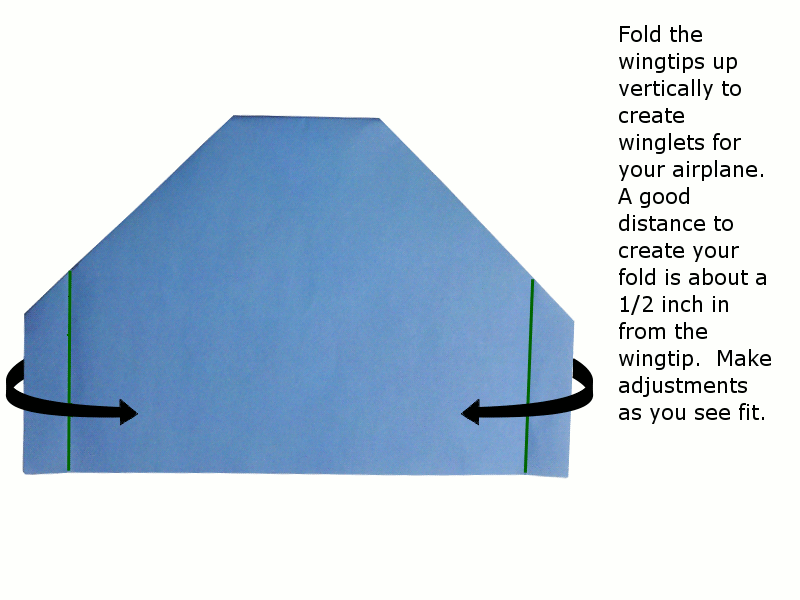 Fold the wingtips up vertically to create winglets for your airplane. A good distance to create your fold is about a 1/2 inch in from the wingtip. Make adjustments as you see fit.