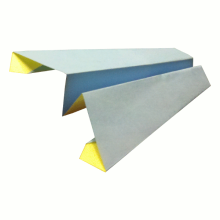 This is one long haul cruiser packed into a tight little package. Our pilots here at PaperHangar were amazed by its long range capabilities and fuel efficiencies. The only thing to prevent boredom in these long range test flights is the extreme speeds at which they occur. Don’t let looks deceive you about this speed bird. It cruises and it cruises fast. 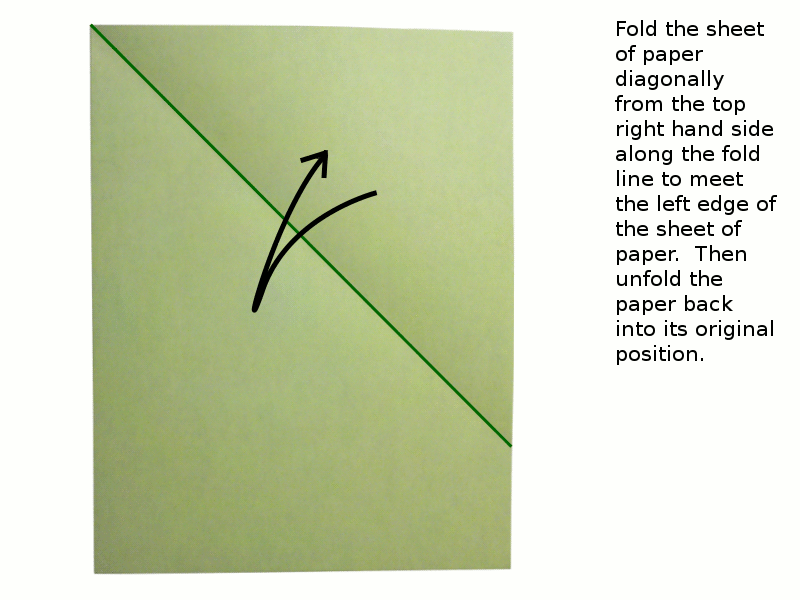 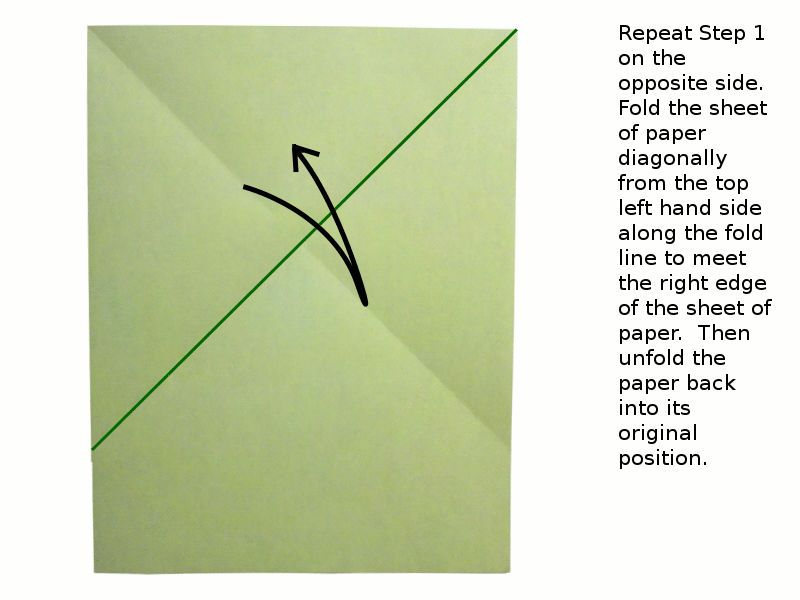 Repeat Step 1 on the opposite side. Fold the sheet of paper diagonally from the top left hand side along the fold line to meet the right edge of the sheet of paper. Then unfold the paper back into its original position. 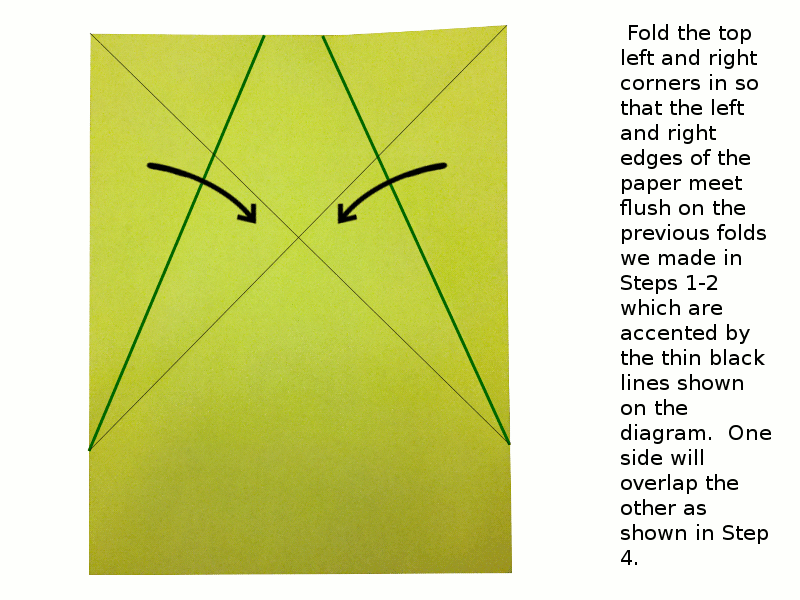 Fold the top left and right corners in so that the left and right edges of the paper meet flush on the previous folds we made in Steps 1-2 which are accented by the thin black lines shown on the diagram. One side will overlap the other as shown in Step 4. 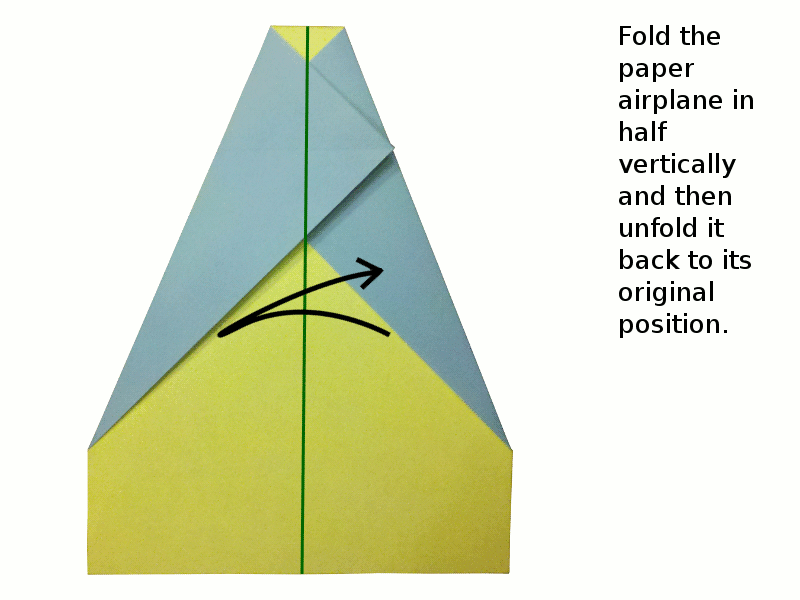 Fold the paper airplane in half vertically and then unfold it back to its original position. 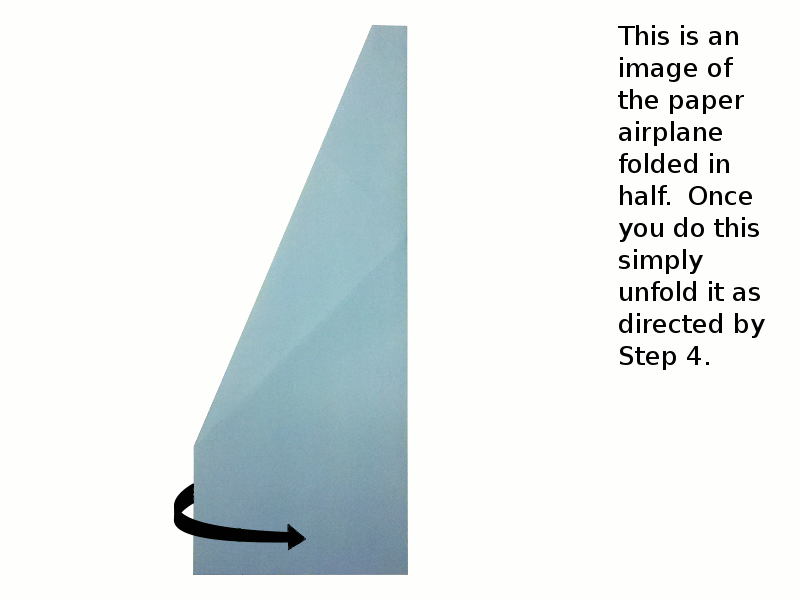 This is an image of the paper airplane folded in half. Once you do this simply unfold it as directed by Step 4. 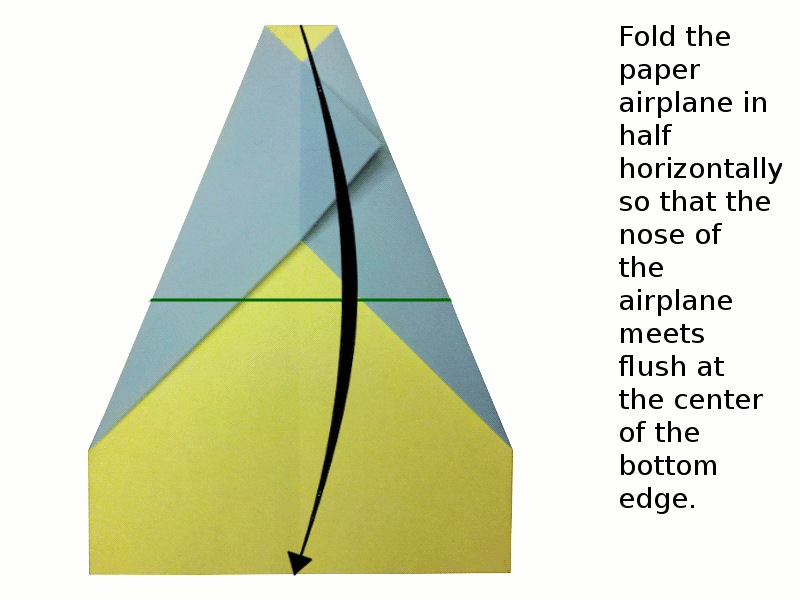 Fold the paper airplane in half horizontally so that the nose of the airplane meets flush at the center of the bottom edge. 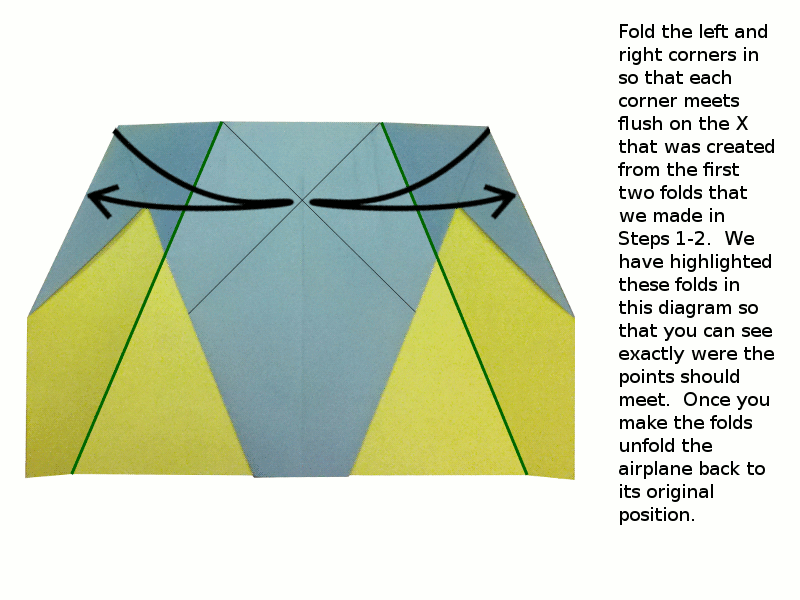 Fold the left and right corners in so that each corner meets flush on the X that was created from the first two folds that we made in Steps 1-2. We have highlighted these folds in this diagram so that you can see exactly were the points should meet. Once you make the folds unfold the airplane back to its original position. 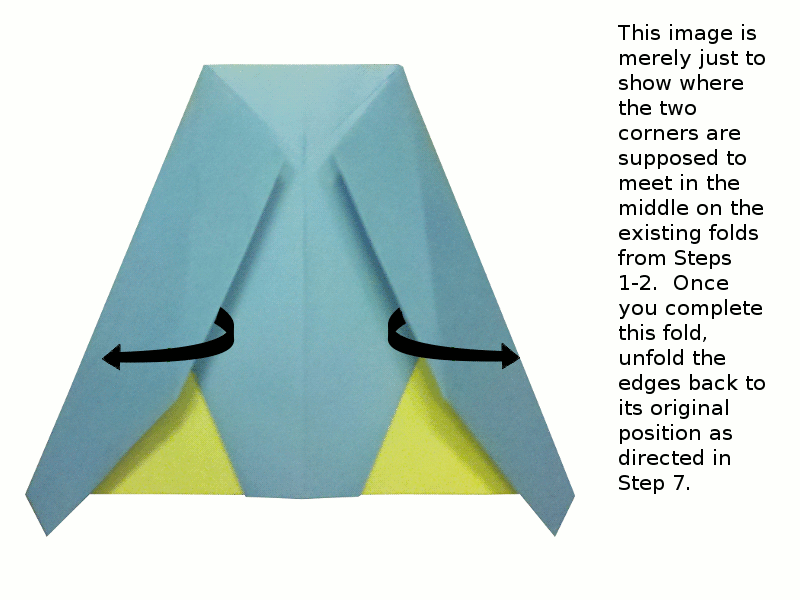 This image is merely just to show where the two corners are supposed to meet in the middle on the existing folds from Steps 1-2. Once you complete this fold, unfold the edges back to its original position as directed in Step 7. 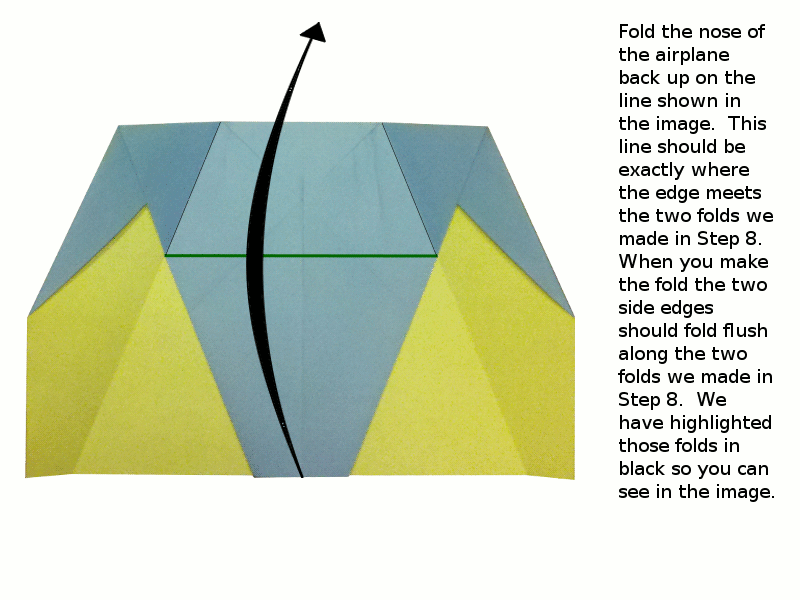 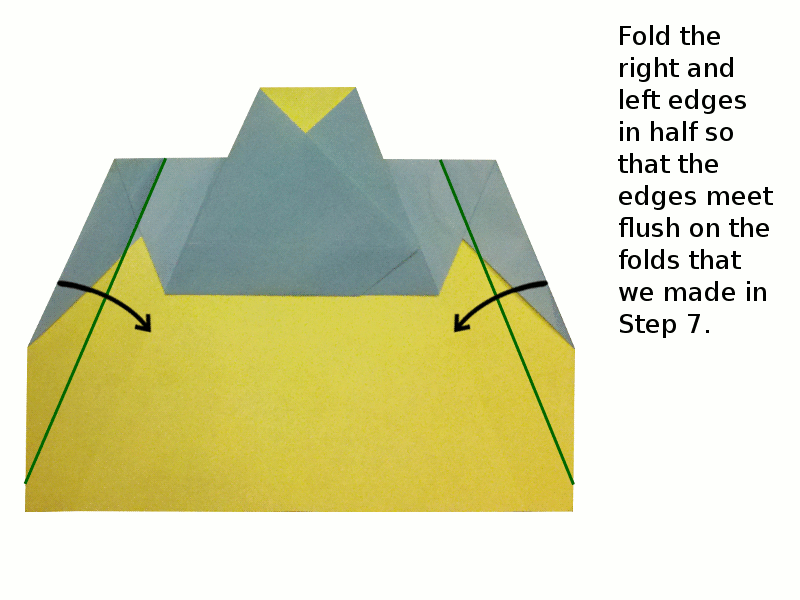 Fold the right and left edges in half so that the edges meet flush on the folds that we made in Step 7. 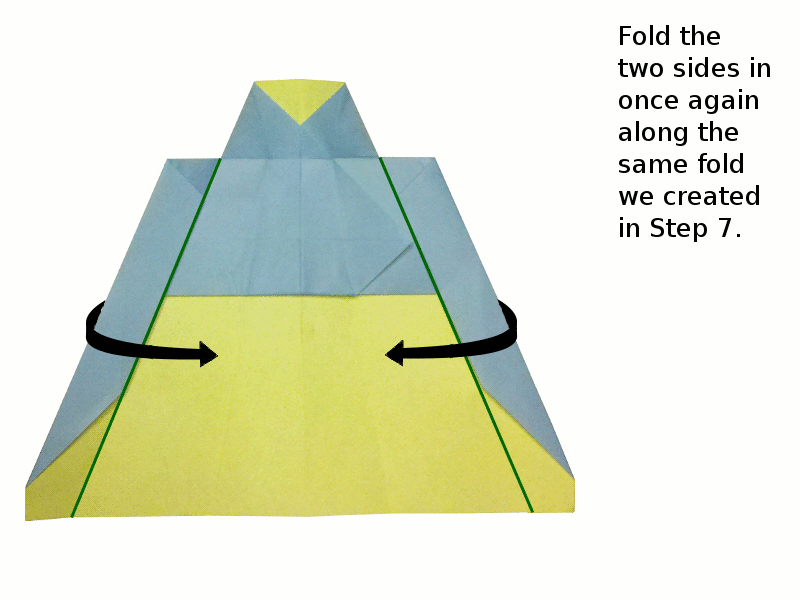 Fold the two sides in once again along the same fold we created in Step 7. 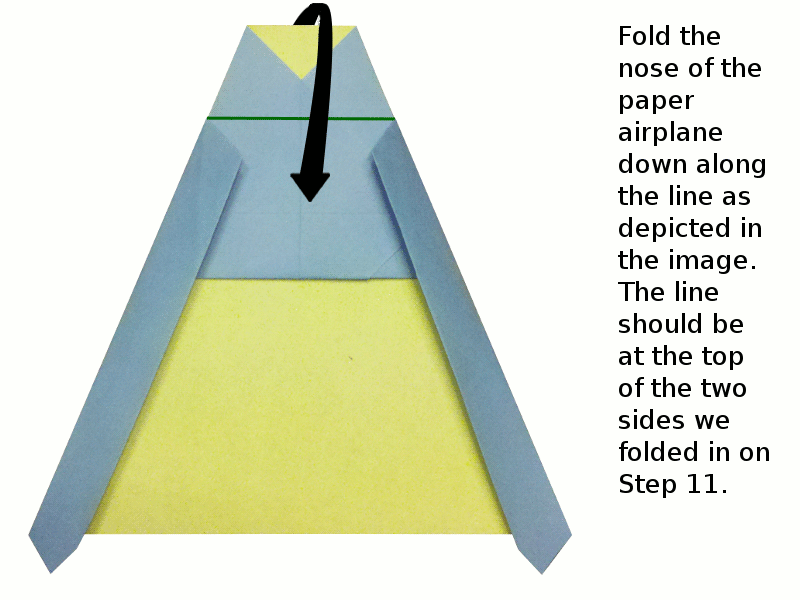 Fold the nose of the paper airplane down along the line as depicted in the image. The line should be at the top of the two sides we folded in on Step 11. 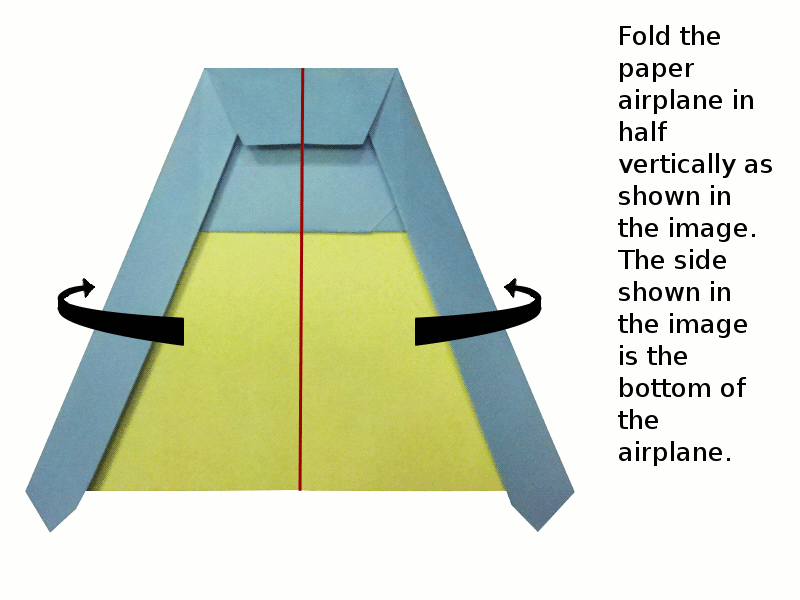 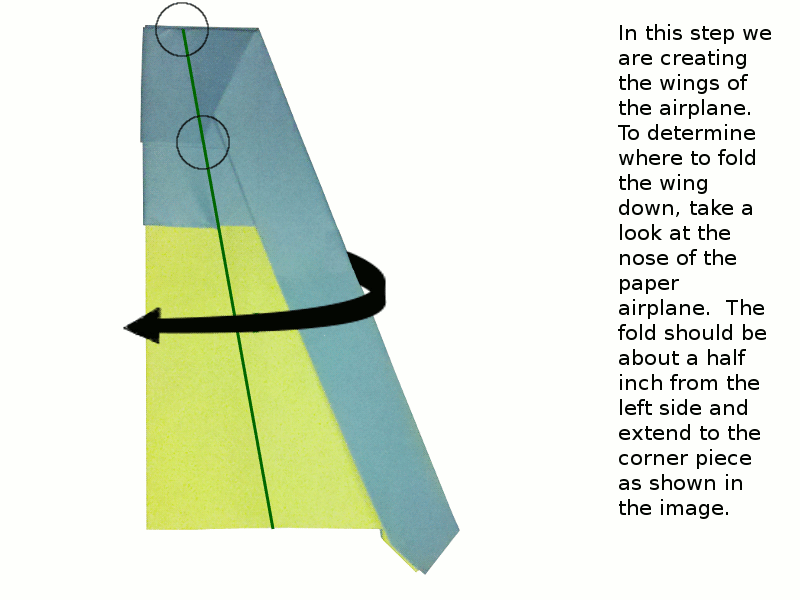 In this step we are creating the wings of the airplane. To determine where to fold the wing down, take a look at the nose of the paper airplane. The fold should be about a half inch from the left side and extend to the corner piece as shown in the image.