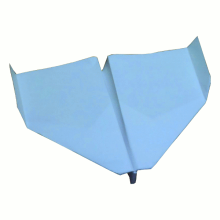 A signature airplane designed by Takuo Toda that holds the world record for the longest flight time.  Our engineers were fortunate enough to get ahold of one of these ships and were able to backward engineer it into one of our proudest designs in the hangar today. 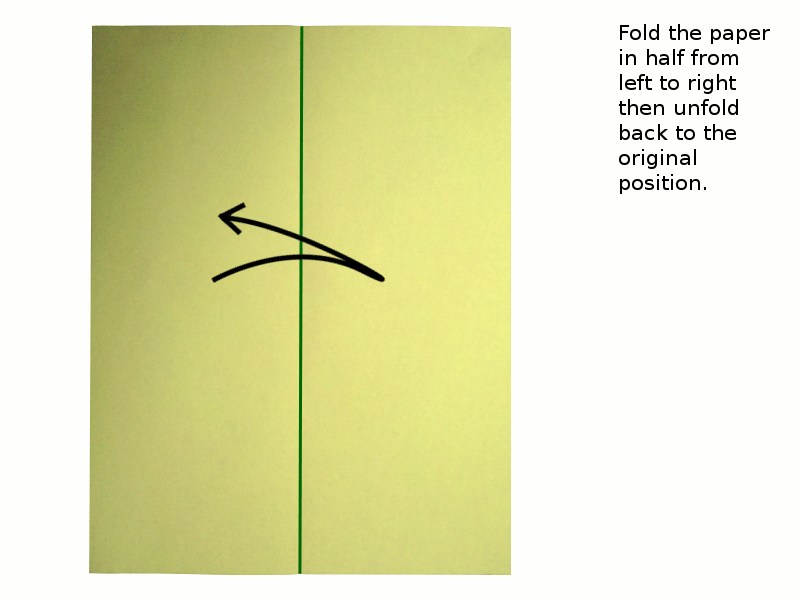 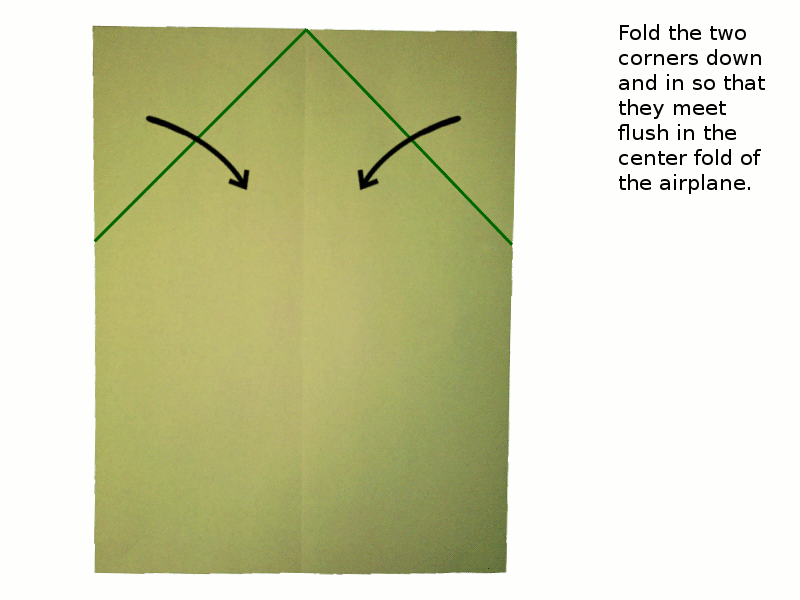 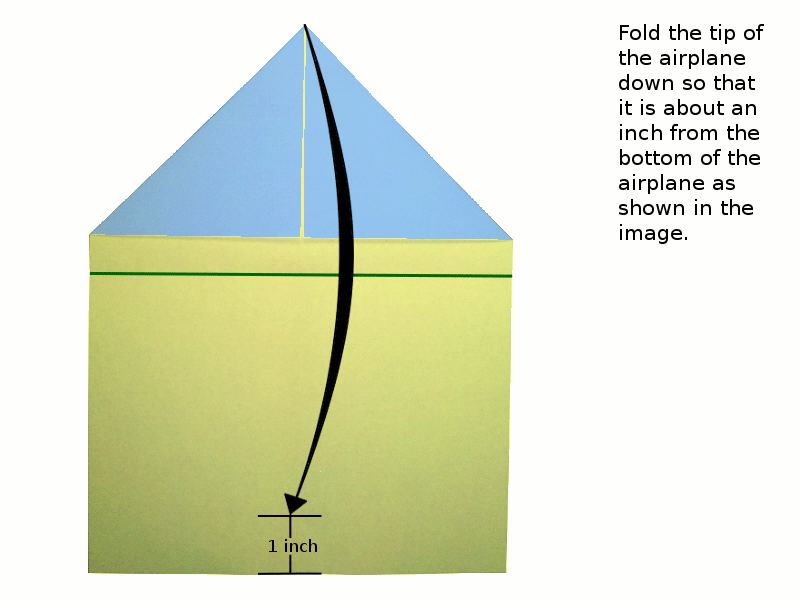 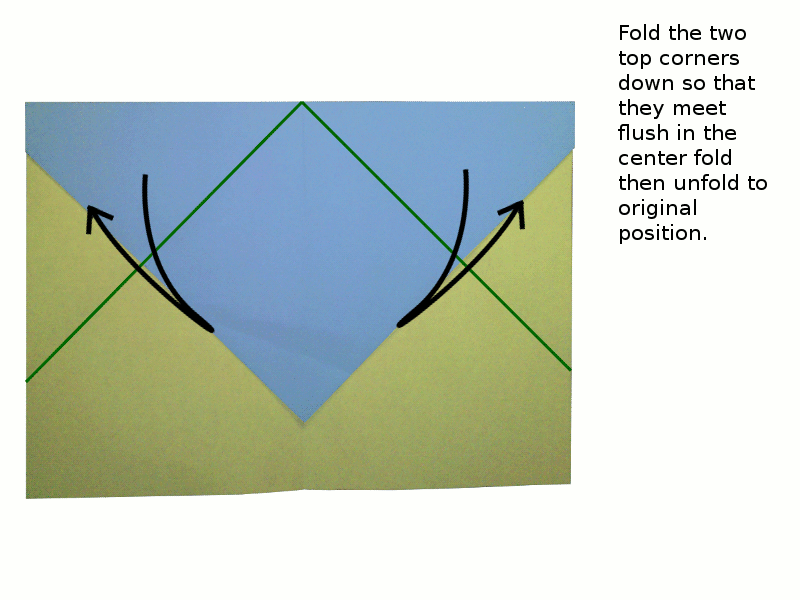 Fold the two top corners down so that they meet flush in the center fold then unfold to original position. 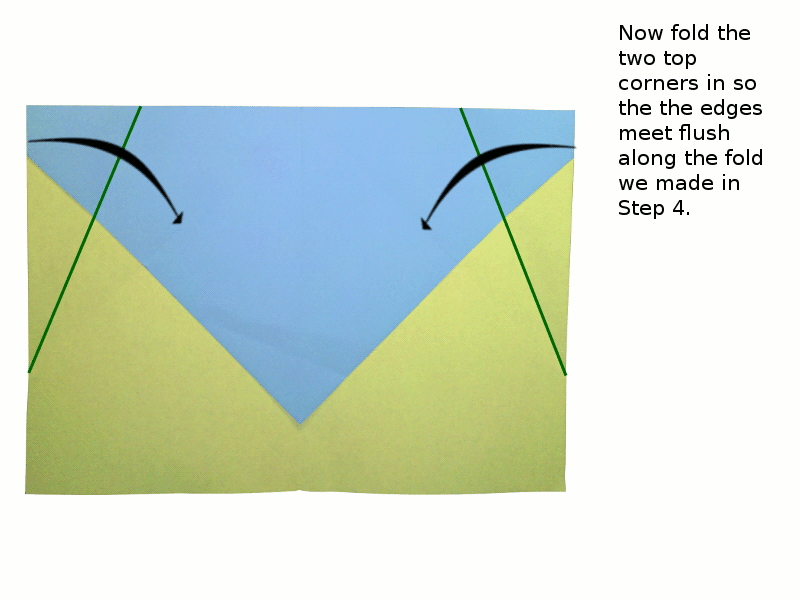 Now fold the two top corners in so the the edges meet flush along the fold we made in Step 4. 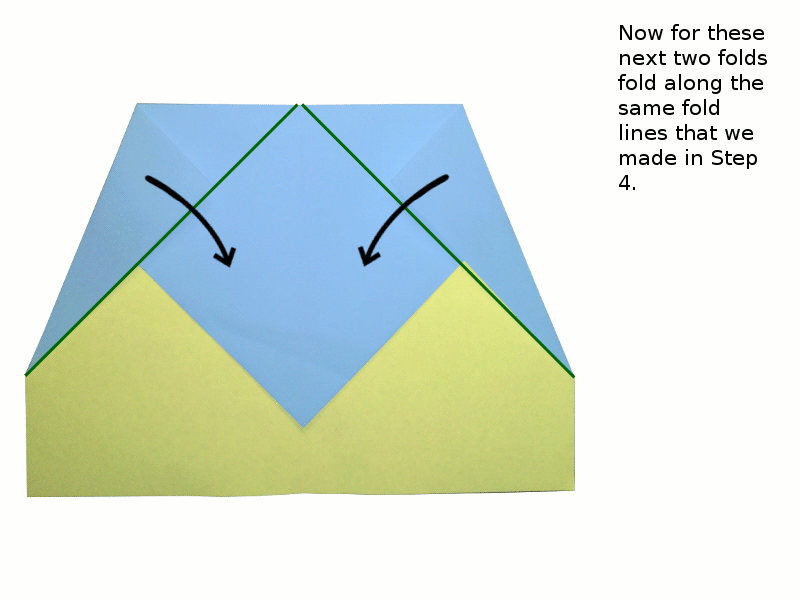 Now for these next two folds fold along the same fold lines that we made in Step 4. 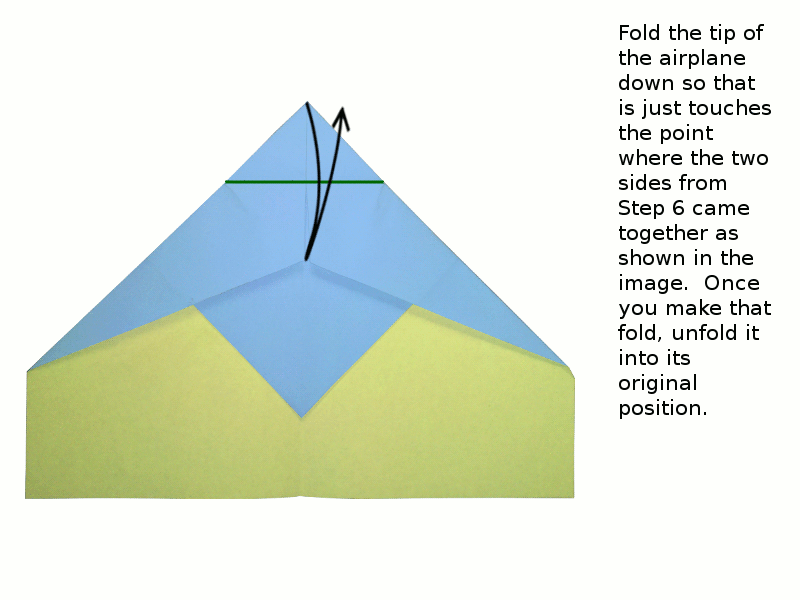 Fold the tip of the airplane down so that is just touches the point where the two sides from Step 6 came together as shown in the image.  Once you make that fold, unfold it into its original position. 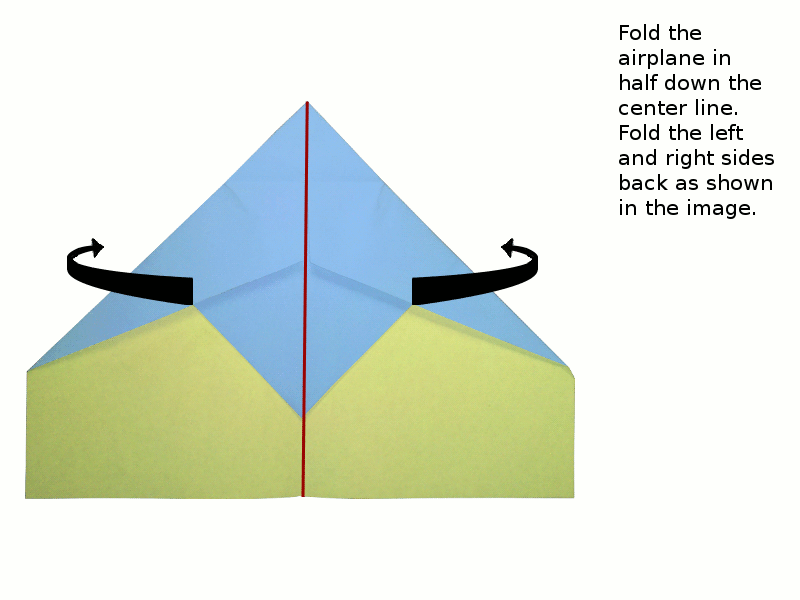 Fold the airplane in half down the center line.  Fold the left and right sides back as shown in the image. 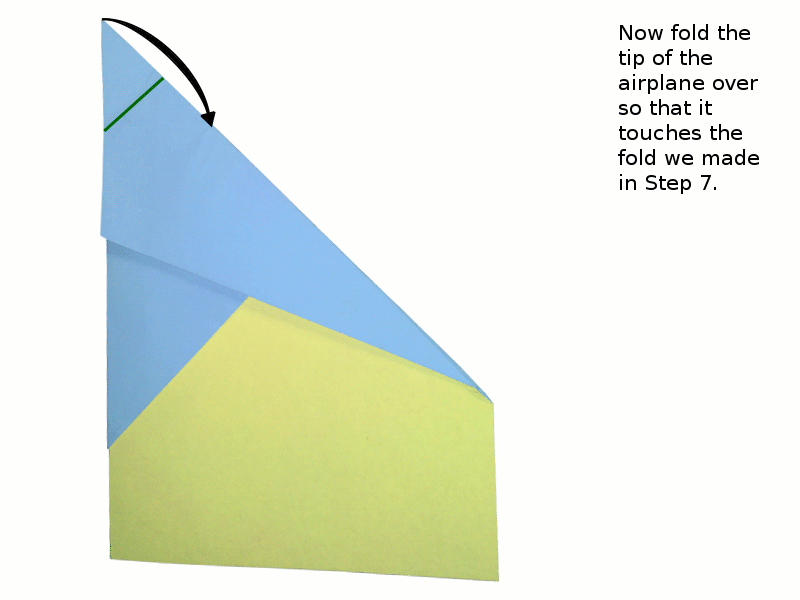 Now fold the tip of the airplane over so that it touches the fold we made in Step 7. 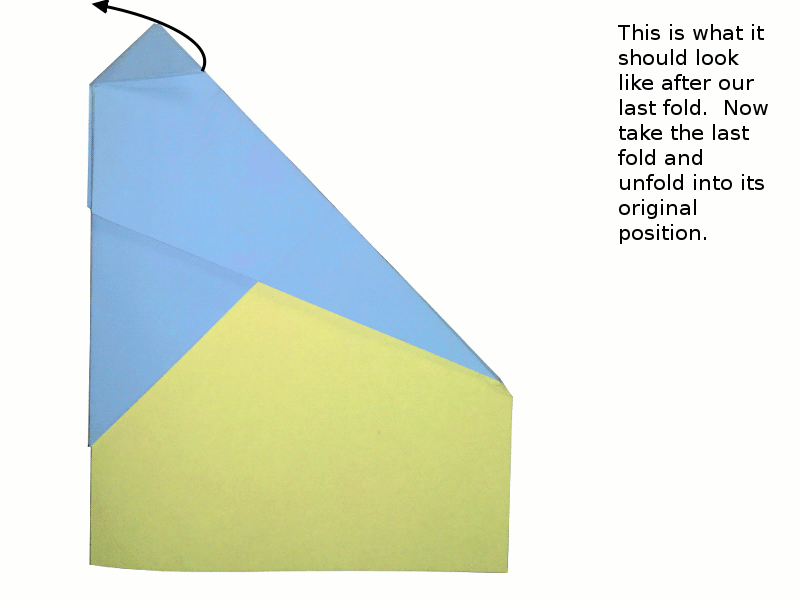 This is what it should look like after our last fold.  Now take the last fold and unfold into its original position. 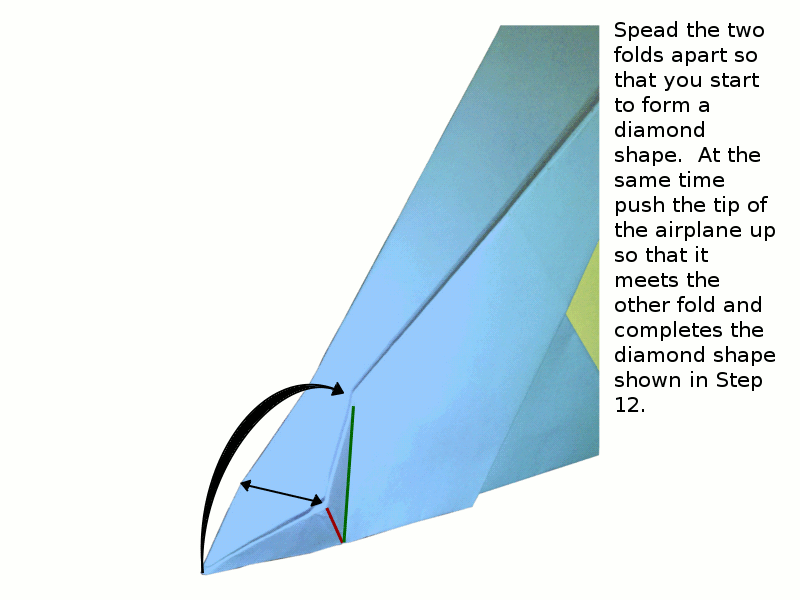 Spread the two folds apart so that you start to form a diamond shape.  At the same time push the tip of the airplane up so that it meets the other fold and completes the diamond shape shown in Step 12. 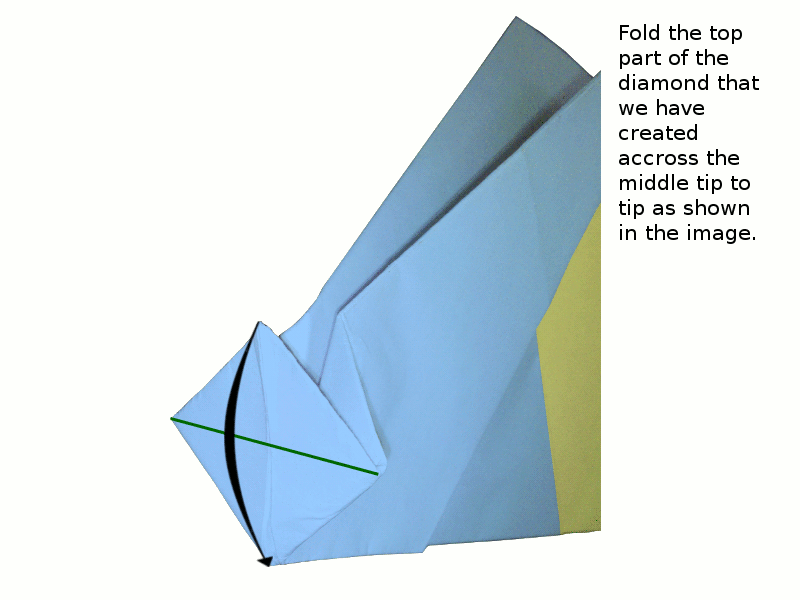 Fold the top part of the diamond that we have created across the middle tip to tip as shown in the image. 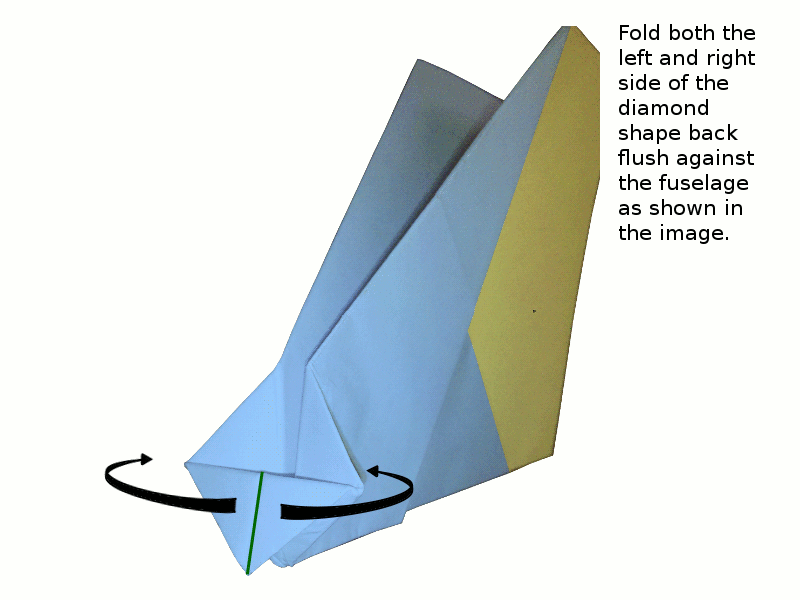 Fold both the left and right side of the diamond shape back flush against the fuselage as shown in the image. 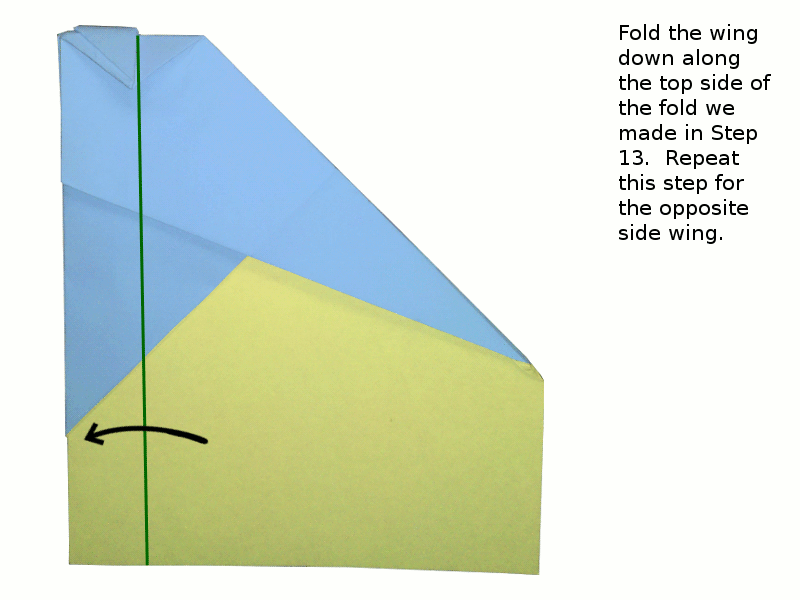 Fold the wing down along the top side of the fold we made in Step 13.  Repeat this step for the opposite side wing. 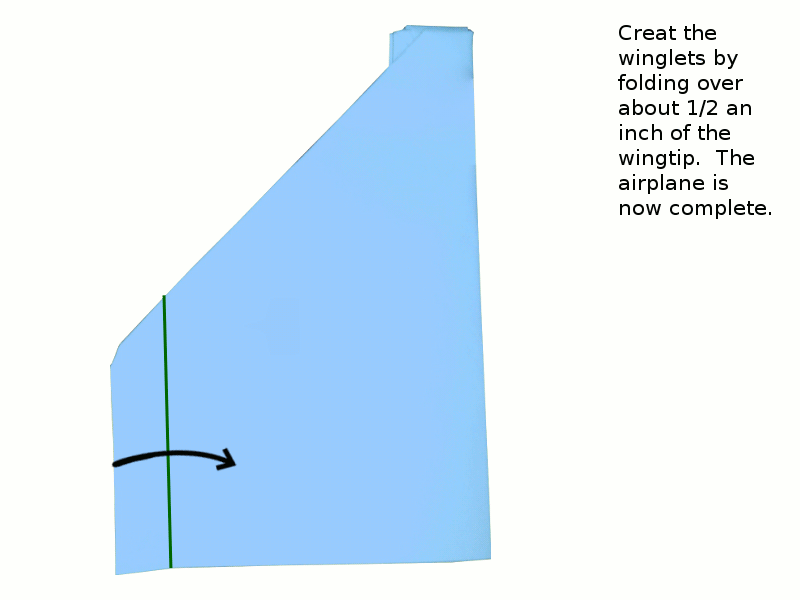 Create the winglets by folding over about 1/2 an inch of the wingtip.  The airplane is now complete.